21 March is Human Rights Day…in South Africa’s rich history and in an Election year I feel it fitting to celebrate the day by remembering the reason behind it. Many of us take these days for granted, yes it is a holiday sleep late but with all the programmes on offer make use of this and educate youself in order to pass on the knowledge to future generations. Education is key, we need to know our past in order to move forward without making the same mistakes.

21 March 1960 a Mass protest which initially started as peaceful turned ugly as 5000 -10 000 people protested around the police station in Sharpville calling for the abandonment of the Pass Law…allowing them the freedom to walk around without having to show a pass document. The police threw teargas and moved in with batons trying to disperse the rowdy crowd, when this failed 40 seconds of gunfire ensued, many were injured and 69 people killed. Like I said before we should learn from the past, in modern day protests there are still people who abuse the power of freedom or there Human Right to protest PEACEFULLY..im not saying I condone what the police had done in 1960 but at the time of the shooting their were 19 000 angry people, in order to learn from this I feel the government should put measures in place to avoid these protests……read more at the following site http://en.m.wikipedia.org/wiki/Sharpeville_massacre

Lets move onto something more colourful, 21 March 2014 the Grand Parade was tranformed into a spectacle of colourful powders hundreds of people gathered to enjoy music and interaction with different cultures while throwing each other with colourful powder..WE ARE ONE based on the HOLI One festival in India.

In South Africa on public holidays the Museums are free, I visited the Iziko Slave museum being taken back through the history of how people fought for the Emancipation of Slavery..this is a definite eye opener worth the view, take the time and have a visit.

“Our interest in freedom is not confined to ourselves only. We are interested in the Liberation of all oppressed people in the whole of Africa and in the World as a whole…” Chief Albert Luthuli.

Walking towards the Company Gardens you see many smiling faces, families, friends all enjoying the summer sun. Inside the garden picnics and people just relaxing with a book in the shade ahhh the beauty of Cape Town. We were once again treated to a day of music because song and dance brings people together. 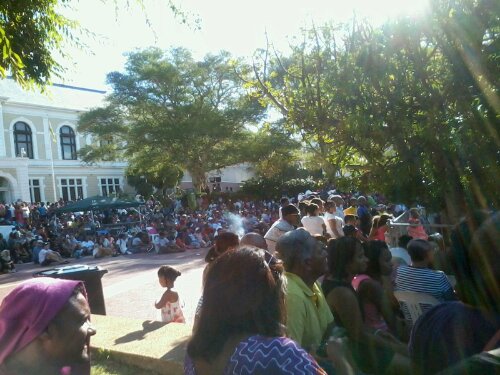 11 years old drummer Daniel Petersen the 3rd, wowed the crowed with his skills on the drums accompanied by his band, He will be SA’s ambassador for the Nelson Mandela Children’s fund overseas, playing alongside many international artists such as Bruno Mars, Beyonce and Justin Timberlake to name but a few.

Another crowd favourite was Youngsta bringing the crowd to there feet with some lyrical genius I especially like the part where he freestyled to things people were holding up in the crowd…he has mad skills. 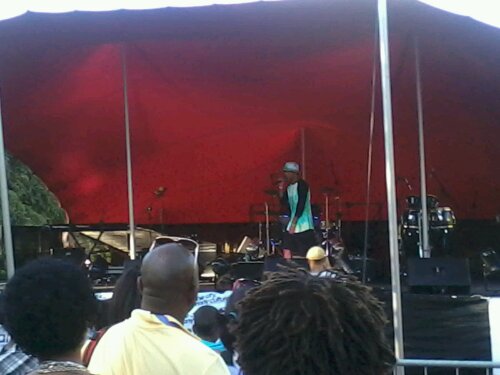 To end of the day of celebrating our Human Right to freedom and cultural diversity The soulful voices of The Black Ties got the crowd pumping.

What a wonderful way to spend a public holiday, History, Music and interacting with the many beautiful people of the Mother City, Cape Town.